You are at:Blog»News»Image of the Honor 20 Pro Reveals the Design of the Smartphone

Smartphone company Huawei is expected to launch new smartphones under its Honor 20 series. Honor 20 and 20 Pro will make their debut on May 21st in London. The company has been teasing its upcoming mobile phones on various social media platforms. Weeks before its launch, images of the Honor 20 Pro have surfaced online, revealing the design of the smartphone. Interestingly, the smartphone is quite similar to the previously launched Honor View 20.

The first thing that you notice about the smartphone is the punch-hole on the top left side of the display. With more and more OEM’s opting for bezel-less displays, punch hole display mobile phones are becoming increasingly common. While the sides and the top of the smartphone shows barely any bezels, the bottom side of the smartphone does showcase a thick chin. Apart from this, no other details are revealed from the leaked image. 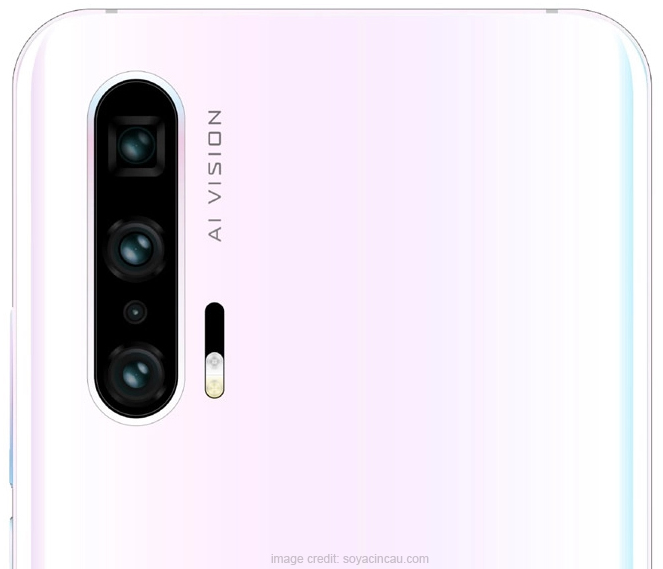 However, a couple of days back we had seen an image of the smartphone appear online which displayed the rear panel in all its glory. That image compared with the recent one makes it clear that the Honor 20 Pro will be one of the in-display fingerprint sensor mobile phones.