You are at:Blog»News»Asus ZenFone Max Pro M1 Launched in India: Everything You Need to Know

With an additional charge of Rs 49, Asus along with Flipkart offers complete mobile protection for hardware and software damage, broken screens, liquid damage and much more. Vodafone users can make use of a lot of benefits with the purchase of this smartphone. Prepaid users can avail 10GB data for 12 months on recharges of Rs 199 and above. On the other hand, postpaid users on the Rs 399 Red plan can avail additional 10GB data per month for a year. 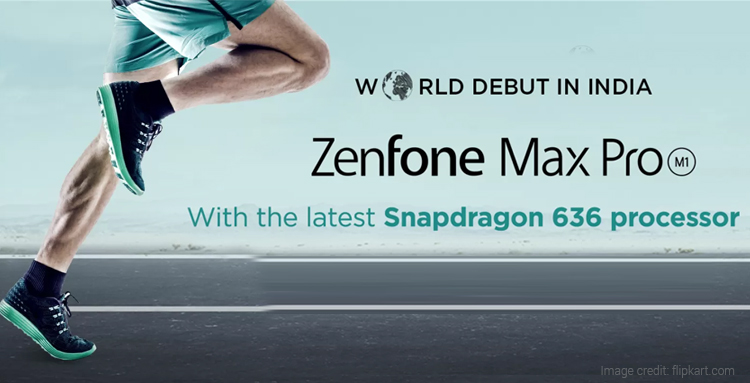 Coming to the specifications, the smartphone runs on the latest Android 8.1 Oreo out-of-the-box. Also, the smartphone is most likely to receive Android P and Android Q updates. Moreover, the ZenFone Max Pro M1 also comes with Nano dual-SIM support.

On the design end, Asus ZenFone Max Pro M1 features an edge-to-edge display. It comes with a 5.99-inch Full HD+ IPS Full View display with an 18:9 aspect ratio and a screen resolution of 1080×2160 pixels. Under the hood, it is fuelled by an octa-core Qualcomm Snapdragon 636 processor paired with an Adreno 509 GPU.

Furthermore, as mentioned above, the smartphone will be made available in three storage variants. The internal storage on the smartphone can be expanded up to 2TB via MicroSD card. Furthermore, the smartphone powered by a massive 5,000mAh battery which is one of the key highlights of this smartphone. The battery comes with a 10W charger with support for fast charging.

On the optics end, the smartphone sports a dual camera setup on the rear panel. The setup includes a 13-megapixel OmniVision primary sensor with f/2.2 aperture and a 5-megapixel depth sensing secondary sensor. Similarly, the front panel features an 8-megapixel camera with f/2.0 aperture, a 5P lens and an 85.5-degree wide-angle lens.

Moreover, some of the sensors on the ZenFone Max Pro M1 include a fingerprint sensor, face unlock sensor and much more. As for the connectivity features, the smartphone comes with Wi-Fi, Bluetooth, GPS/ A-GPS, Micro-USB, GLONASS and a 3.5mm headphone jack.