You are at:Blog»News»Android P could have iPhone X-like Gesture Controls: Report

It feels like only recently we saw Google introduce the world to its Android Oreo operating system. And, now the company is working on its next OS called the Android P. We also caught a gist of the new features that the new OS could come with. According to the latest news, this new version is most likely to come with iPhone X-like gestures. Also, this latest update was accidentally revealed by Google itself.

An image was posted online which goes on to reveal a different set of navigation buttons. Android has changed paths from its traditional three buttons which are used for functions like back, home and multitasking. The upcoming OS will only feature a single back button and an iPhone X-style strip.

Along with these new gesture controls, support for notch and multi-camera, Google is planning to make its latest Android smartphones similar to the recent Apple flagship smartphone. Additionally, speculations also suggest that the company is planning to introduce new features such as native call recording, options to hide signal strength and a deeper Google Assistant integration. 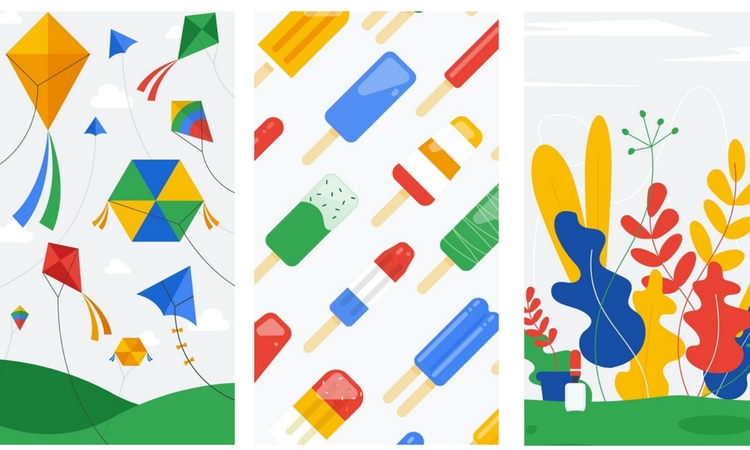 What Does the P in Android P stand for?

As of now, we will have to be patient to get more insight into how these new gesture controls will be incorporated into the Android P OS. In a slightly different news, Google has also teased the name of its upcoming Android P OS in its spring edition wallpapers. We know that company will announce the successor to Android Oreo, sometime in September.

Furthermore, Google has always named its software updates after a sweet treat. With every passing day, there are a lot of rumours and speculations regarding the name that the company might use. Recently, Google unveiled a new set of wallpapers for its spring edition. The interesting thing about these pop-coloured wallpapers is that the company might have just given us a faint hint regarding the name of its next Android version.

Among all the nature-inspired and flowery wallpapers, is a wallpaper full of vibrant popsicles. So is the company trying to hint us about the name of its next Android version? Does the P in Android P stand for Popsicle? Nevertheless, we will have to wait and watch, won’t we?