You are at:Blog»News»6 Things Replaceable by Smartphones under 15K

Smartphones has not only made our life simple but more technologically active.  Also we couldn’t resist noticing that it has also replaced many other gadgets. These replacements has benefited in many ways ranging from cost cuttings to no more need to carry heavy bags with gadgets like Digital camera, Power banks, Notepad, Fitbit, Handy cam, Portable Media players.

So here we bring 6 gadgets that you would no longer need, if you have these smartphones. 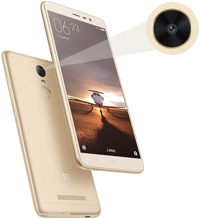 This smartphone is equipped with 16 megapixel rear camera with Phase Detection Auto Focus (PDAF) technology and LED flash that improves low-light photography. Thus giving you best shots anytime. The front camera is of 5 megapixels with an aperture of f/2.2 which takes selfies more clear and bright. The camera is built with a CMOS image sensor and Digital image stabilization features. This gadget has amazing digital camera features like Auto Flash, Face detection, AF Phase Detection, Continues Shooting, Exposure compensation, Geo tagging, High Dynamic Range mode (HDR), ISO control and Touch to focus features. Thus this smartphone at price of Rs. 11,998 has many features that is owned by a digital camera itself. Hence Xiaomi Redmi Note 3 32GB can strongly replace you digital camera. 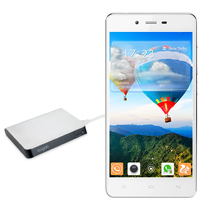 Along with a very affordable price of Rs. 7,999 to Rs. 8250 another eye catching feature of the Gionee Marathon M3 is its mammoth Li-Po battery with a capacity of 5,000 mAH giving 32.4 hours of talk time over 3G and up to 51 hours of standby time over 2G. Thus complete eliminating the use of power bank. 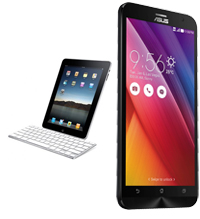 The Asus ZenFone 2 has a 5.5-inch IPS LCD screen display with wide viewing angles. The device is powered by a high performance 64-bit 2.3GHz super quad-core processor along with Intel Atom Z3580 Chipset. According to Asus, this device is world’s first smartphone with dual-channel DDR3 4GB RAM which is very unusual to find with a smartphone whose price is Rs. 14,999. 4GB of RAM means amazing capacity to handle multitasking. It also comes with PowerVR G6430 graphics engine which enhances gaming experience. All these features make this smartphone equivalent to a notepad. 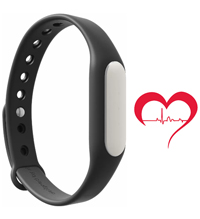 The Mi Band consists of a Bluetooth capsule that tracks your activity. The Mi Band has three LED indicators which help to track your sleep patterns and you can see records of your sleeping habits in the app as well It also let you unlock your phone without a password when it is nearby, and vibrate to alert you about incoming calls and alarms. Pricing only Rs. 999, Xiaomi Mi Band can be considered next to low price fit bits. 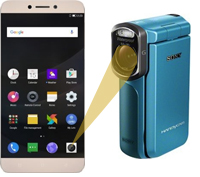 This smartphone is capable of recording 4K video at 30 fps, slow-motion 720p video at 120 fps. It is equipped with 13MP camera featured with auto-focus and LED flash. The camera with f/2.0 aperture has a wide range of features such as High Dynamic Range mode (HDR),  AF Phase Detection, Exposure compensation, Face detection, Geo tagging, ISO-CELL, Touch to focus, White balance technology. The 4K resolutions exist in the fields of digital television and digital cinematography and as this features is available in LeTV (LeEco) Le 1s also, along with above features, it replaceable to handy cams at a price of Rs. 10,999 – Rs. 12,299. 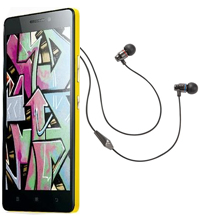 This Rs. 9,888 – Rs. 11,999 phone will enhance your experience of listening to music. This smartphone comes with impressive sound quality enabling you to listen to music with every detail of bass and treble. This phone is offered with 16 GB inbuilt memory which can be Expanded upto 32 GB thus giving enough space to store your long list of audio/video songs. Compatible with quite a number of headphones, this smartphone definitely replaces your portable media players.