You are at:Blog»Reviews»Xiaomi Mi Mix 2 Review: This Beauty has no bounds

Xiaomi has initiated the bezel-less smartphones drive after the launch of its Xiaomi Mi Mix smartphone back in 2016. This phone received admiration from tech enthusiasts, critics, and its users. Now, the second generation of the device called the Xiaomi Mi Mix 2 is launched and is already available for purchase in India.

It is worth mentioning that Xiaomi had challenged the Google Android Compatibility Definition Document (CDD) and launched the Mi Mix phone with 18:9 aspect ratio. Nowadays, such ratio is extensively popular among smartphone makers. However, the Mi Mix wasn’t made available outside China by the company. In contrast, the Mi Mix 2, with more ergonomics and appealing premium design, launched globally this year. 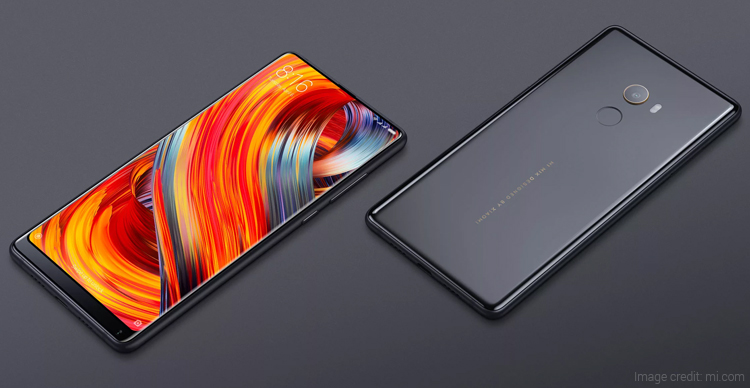 The Xiaomi Mi Mix 2 is priced at Rs 35,999 in India. By saying this, it is the most expensive Xiaomi mobile in India till now. So, the question is, should you buy the Mi Mix 2? Let’s find out in our detailed review.

The phone comes with a gigantic 5.99-inch display which covers almost the complete front panel. It flaunts the bezel-less design language as the three sides of the device bears tiny bezels. The front-facing camera is cleverly placed at the bottom chin of the device.

On the rear, there is a camera module with flash. The phone features a dedicated fingerprint scanner at the rear which is enclosed in a 18K gold plated rim which looks premium. The overall touch and feel of the Xiaomi Mi Mix 2 are really impressive.

The Mi Mix 2 features a 5.99-inch full HD+ (1080×2160 pixels) IPS display with 18:9 ratio. Being a flagship device, the Xiaomi Mi Mix 2 packs top-notch specifications under its hood. The device is powered by the latest Qualcomm Snapdragon 835 processor paired with Adreno 540 GPU, 6GB of RAM, and 128GB of internal storage. 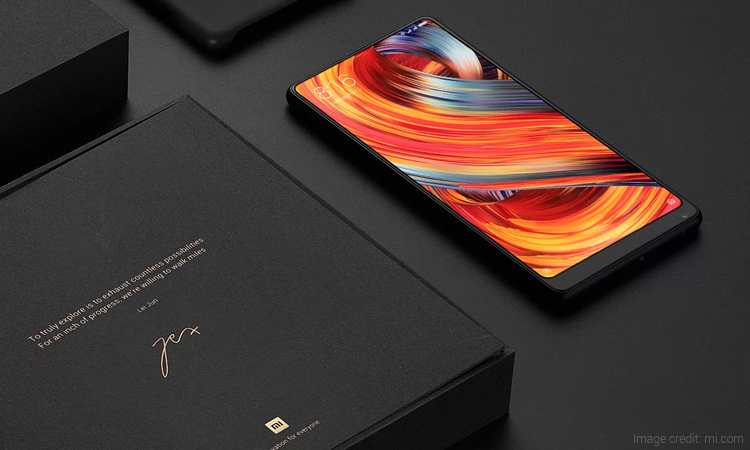 Coming to the battery specifications, the handset packs a 3400mAh battery which is competent to offer a day of life. For processor-intensive apps, the phone can be used up to 12 hours on a single charge. In addition, it comes with Quick Charge 3.0 which can charge the full battery within two hours.

On the software front, the handset comes pre-loaded with Android Nougat OS wrapped under a MIUI 8.5 theme. The phone has customised theme which comes with some advantages and disadvantages. The phone is competent to present 16:9 content to 18:9 ratio. That means the regular content can be viewed in 18:9 ratio on the native video player.

While saying this, this feature is not available for watching online content via apps likes of YouTube, Hotstar, Netflix, etc. Moreover, the customised theme is not properly optimised as per the aspect ratio of this device. So, you may notice some issues while using the device.

Furthermore, the front camera is located at the bottom chin of the device. Thus, for taking selfies, you will have to turn the device upside down to use properly. The feature works well with the camera app, whereas the other apps such as Facebook, Snapchat or Instagram don’t support this feature. This could be solved via the system updates but it will be quite irritating till then. The phone packs a 12MP primary rear camera which supports 4-axis OIS. Up front, it has a 5MP selfie shooter. The camera performance is decent, however, don’t expect extreme photography on Mi Mix 2. The camera performs well in good light conditions. It can capture detailed stills with balanced colours.

The Xiaomi Mi Mix 2 is a perfect pick for those who like to flaunt the latest and best technology in their smartphone. The design of the handset is truly unmatched. The display, performance, storage, and other features of Mi Mix 2 are very good.

Although there are some drawbacks of the phone, most of them are related to software. So, we can expect the issues to be addressed in future upgrades. At a price point of Rs 35,999, the Xiaomi Mi Mix 2 is certainly a good choice.