You are at:Blog»Reviews»Moto Z2 Force Review: A Sturdy yet Elegant Powerhouse

Motorola has recently unveiled its Moto Z2 Force smartphone which boasts a guaranteed shatter-resistance glass screen alongside the new Moto Mods. The new smartphone will go head-to-head with the likes of Samsung Galaxy S8, Galaxy S8+, HTC U11, and LG G6 to name a few.

Here we have performed a detailed hands-on review of Moto Z2 Force and look what we have found. 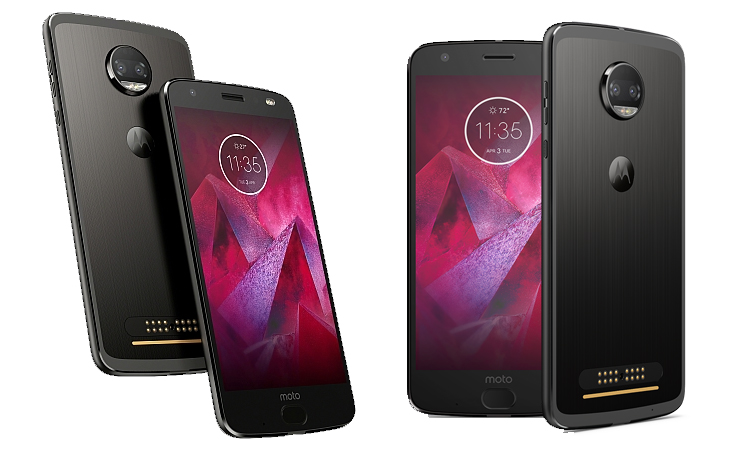 The Moto Z2 Force is essentially a combination of last year’s Moto Z and the super shatter-resistant Moto Z Force smartphone. The new smartphone is claimed to be 13 percent thinner and 12 percent lighter than its predecessor. It is offered in Lunar Gray, Fine Gold and Super Black colour options.

The Moto Z2 Force flaunts a 7000 series aluminium unibody design and has a five-layer assembly which enhances the shatter shield glass power. At the front, there is a home button which is wider and also doubles as a fingerprint scanner.

The latest mobile is a splash-proof device; however, you won’t get the waterproof features like the Samsung Galaxy S8 in Z2 Force. Instead, it has a hydrophobic nano coating on the internal and external sections of the device which can easily protect your device against the rain.

Surprisingly, the phone misses out a regular headphone jack.

The Moto Z2 Force features a 5.5-inch Super AMOLED display with Quad-HD (1440×2560 pixels) resolution. By offering such display, the handset is competent for the use with Google Daydream VR. The smartphone is equipped with Qualcomm’s latest Snapdragon 835 chipset paired with 4GB of RAM (6GB RAM in the Australia and UK market).

The device has a dual rear camera setup with two 12MP sensors which incorporates two focus technologies- laser autofocus and phase detection. The autofocus system is likely to be capable up to a distance of 5 meters no matter what lighting conditions it may be.

The Moto Mods support is one of the prime reasons anyone should go for the new Moto Z2 Force. Even flagship smartphones likes of Samsung Galaxy S8, Galaxy S8+, LG G6 or others don’t have any kind of additional accessory to improve the functionality of the device.

The Moto Mods can be connected with the Z2 Force via the magnetic pins at the rear panel of the device. The device has the backward-compatibility with the older Moto Mods. That mean, last year’s Insta Projector, 10x Hasselblad camera and JBL Speakers are competent with Moto Z2 Force. 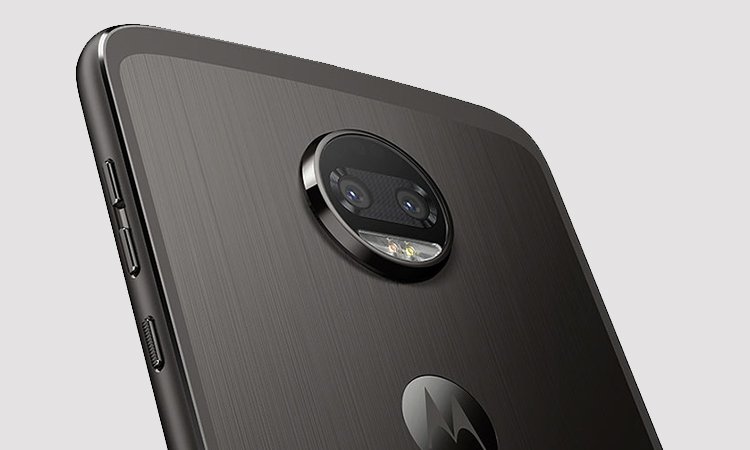 The new Moto Mods range includes a 360 camera and a gamepad.

The gamepad Mods on Moto F2 Force is a specially designed accessory which can turn your Android mobile into a portable gaming machine. The gamepad can be used to play games available on Google Play Store.

On the other hand, the 360 camera is the all new Mod which can take pictures and videos in full 360-degree. The Mod is a little camera head which mounts on the top of the handset. It has lenses on the both sides which can be connected to the device instantly.

The new Moto Z2 Force is certainly a sleek and elegant smartphone which fits nicely in the hand. However, the thin body had to pay the cost of battery capacity reduction. The Moto Z Force boasted a 3500mAh battery, whereas the Moto Z2 Force packs a 2730mAh battery. Based on the initial impressions, the Moto Z2 Force is a great package of power packed performance, amazing design, customizability thanks to the Moto Mods, and the shatter-free screen.

Looking at the price range, the phone will compete with the other flagship smartphones. The Moto Z2 Force will be available in the US market with some amazing offers for the early birds. It will be interesting to see how and when the company releases the Moto Z2 Force in India.